Shirin Neshat ( 1957) Is an Iranian visual artist who lives in New York City and is primarily known for her work in film, video and photography. Her artwork centers on the contrast between Islam and the West, femininity and masculinity, public life and private life, antiquity and modernity, and bridging the spaces between these subjects. Neshat has been recognized countless times for her work, from winning the international Award of the XLVIII Venice Biennale in 1999, to winning the Silver Lion at the 66th Venice Film Festival in 2009, to being named Artist of the Decoade by Huffington Post critic G. Roger Denson. 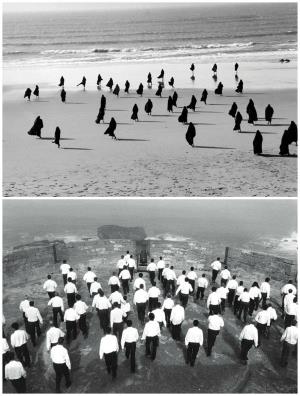